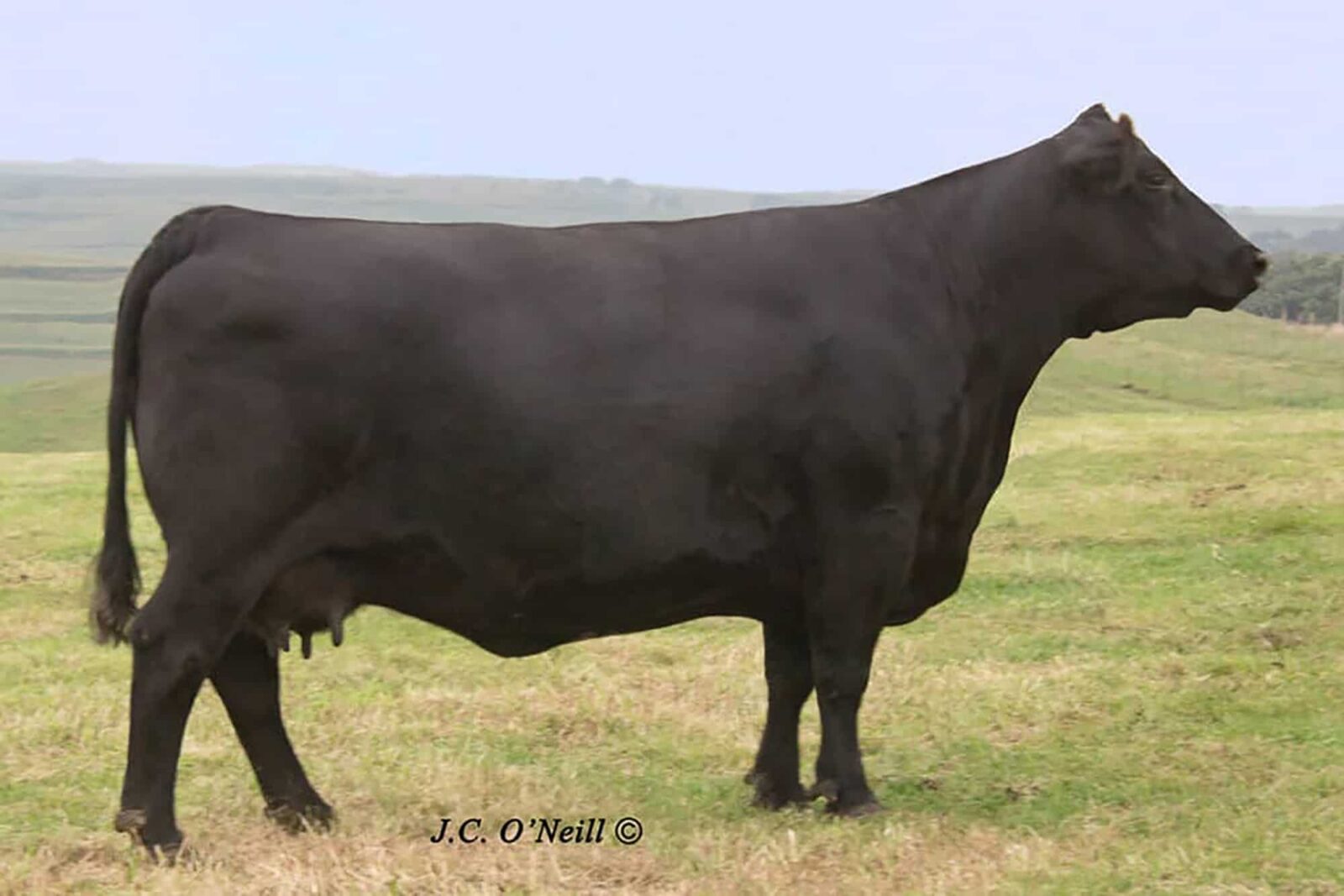 This is one of the great donor cows in the herd. She produced the Reserve Grand Champion and second high selling bull at the 2012 Black Hills Stock Show at Rapid City, SD. Selling for $15,000 to Ballou Angus Ranch in Wyoming. They also purchased another full brother for $13,000 in the 2015 Sale. Another full brother sold for $7,000 to John Fagan in IA. She produced the high selling bull AT $10,500 in the Maifeld/ONeill Sale going to Nathan Neujuar of Nebraska. Chad Comes of Iowa purchased another son at $7,500. Another son sold to Nicholas Stein of Iowa. A daughter was second high selling female in the Fall Female Bid Off Sale. Delia 730 is a maternal sister to "Expedition", "Power Force", "Lucky Boy" and two of our top donors "Delia 720" "Delia 725".

Dam of the Fantastic ONeills Delia 715 Ranking in the Top 1% for $B and who is also the dam of the Great Female Sire ONeills Expedition.  ONeills Delia 730 is one of the very top daughters of Leachman Right Time and produced the Great ONeills Astound who wa Reserve Grand and second high selling Bull for $15,000 for ½ interest going to Ballou Angus Ranch, WY. She also produced the $13,000 ONeills Dominant that sold ½ interest to Ballou Angus Ranch.  Another son sold for $10,500 to Nathan Naujar , NE.  A son sold to Scott Cohrs , IA for $5,750 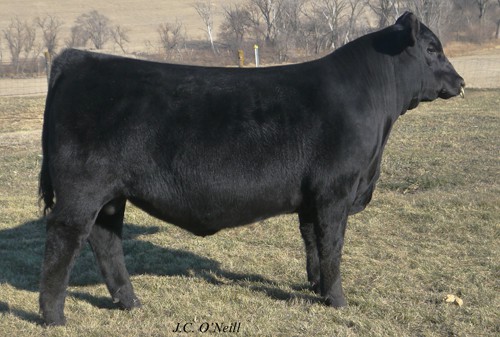 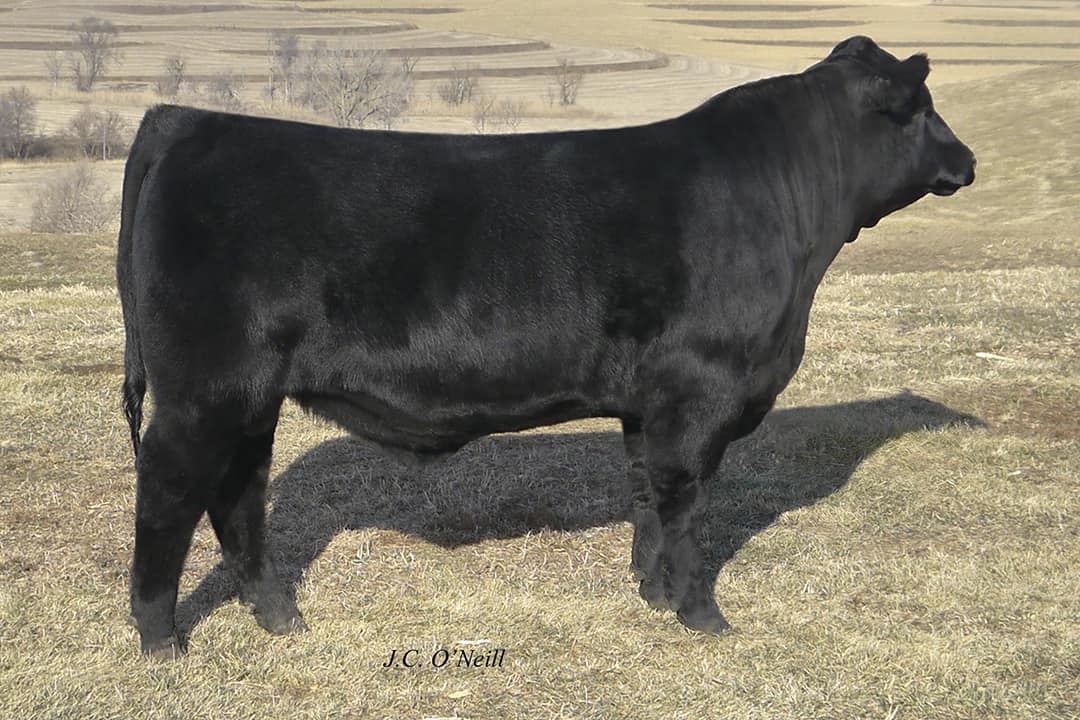 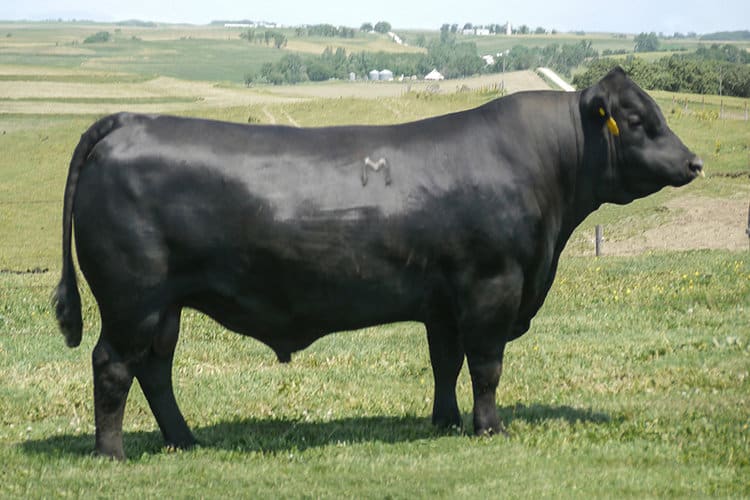 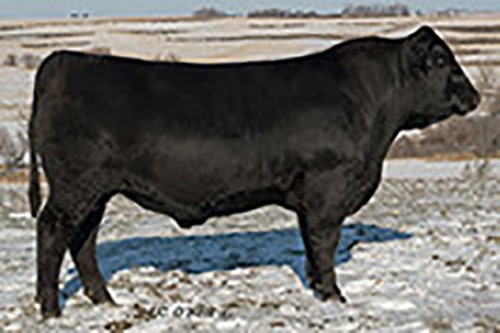 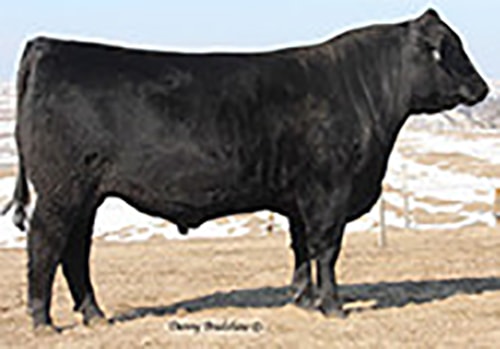